What commercial farmers can expect from the agricultural census 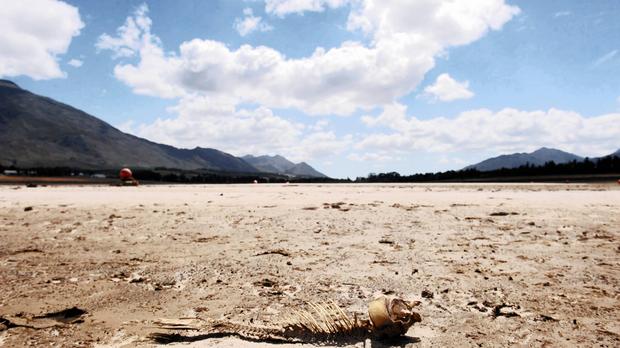 That’s the grim outlook sketched by a monumental new assessment by the UN’s Intergovernmental Panel on Climate Change (IPCC), which warns that the planet has just 12 years to reverse global warming.

If global temperatures climb more than 2ºC above pre-industrial levels by 2050, heat extremes “never experienced before” by humans could affect 15% of sub-Saharan Africa’s land area in the hot season, causing deaths and threatening farmers’ ability to grow crops, says the IPCC.

For Prof Francois Engelbrecht, chief researcher in climate studies, modelling and environmental health at the CSIR, the problem of adapting to climate change in southern Africa is that it’s already a dry and warm region.

“When such a region becomes drier and warmer, there are few opportunities for adapting to climate change. In particular, the report indicates that crop yield in southern Africa and livestock production is to be negatively affected by climate change at 1.5°C of global warming,” says Engelbrecht, who served as a lead author of the IPCC’s new Special Report on the impacts of Global Warming of 1.5°C.

“These impacts will increase further and become more negative under 2°C of warming. Under 3°C of global warming, the viability of livestock production will be directly threatened, and the maize crop will be severely reduced, or may even collapse.”

The report finds that if the world continues to warm at the current rate, global temperatures will climb by 1.5ºC between 2030 and 2052. This will have catastrophic effects on water scarcity, global food production, and almost entirely wipe out global coral reef systems.

“Even if we are successful to restrict global warming to 1.5°C, however, there will be widespread impacts of climate change across the globe, and Africa is particularly vulnerable,” says Engelbrecht.

But the report shows there is hope. “It’s still possible for us to avoid the most dangerous impacts of climate change. For this to be achieved, we need to restrict global warming to 1.5°C. This will, however, require an immense worldwide effort and collaboration.”