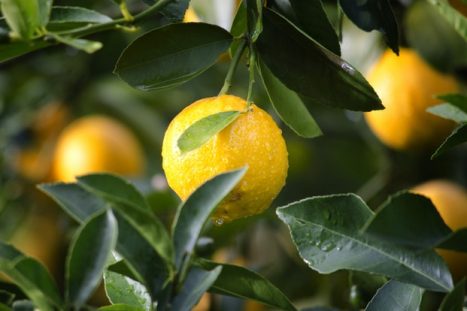 While the implications of land expropriation without compensation have generated much debate, an equally pressing issue is facing the future of agriculture in South Africa. According to agricultural economist Dr Kobus Laubscher, the discourse around land expropriation has changed with few still harbouring visions of Zimbabwe-style land grabs.

“Discussions are now rooted in strengthening food security and developing meaningful business plans to assist emerging farmers, co-operatives and agricultural suppliers to make the land as productive as possible to grow and spread our country’s wealth,” says Laubscher, an independent agricultural consultant to Agility Corporate.

“The question of what the future holds for South African farmers’ land tenure and the implications for wider networks of agricultural business has been headline news, however, the looming challenges associated with an unhealthy or dissatisfied labour force requires urgent attention. Even in these times of highly mechanised farming operations, human capital remains key to unlocking success in agriculture.”

Laubscher points out that historically people living and working in rural areas have not had adequate access to the kind of healthcare support and group risk benefits their urban counterparts have often enjoyed. “This compounds a number of modern problems facing the rural workforce, in particular, the rise in non-communicable diseases, substance abuse and HIV/Aids, among others.

“The number of young people choosing a career in the agricultural realm is also declining as more and more promising youngsters opt to pursue opportunities in cities, where they are more likely to find jobs with the additional protections such as retirement funding, healthcare cover and funeral benefits, for example.

“Without the security afforded through benefits such as life and disability cover, and healthcare provision, either in the form of hospital plans, occupational health interventions or comprehensive medical scheme membership, workers tend to feel less valued and this may come at the price of their commitment to their employers – and in the agriculture environment this is no less true.

“A trusted, valued staff member – whether they are skilled or unskilled – is worth his or her weight in gold. If the needs of staff are not looked after in such a way that demonstrates the employer’s sense of commitment to them, it would not be surprising if they were to eventually seek greener pastures with an employer who does recognise the importance of group risk benefits and providing access to healthcare.”

Apart from the merits of attracting and retaining quality members of staff, Laubscher points out that health and wellness should become part of agricultural employers’ long-term strategy of building lasting relationships with employees, reducing absenteeism and improving productivity. “By nurturing positive relationships with employees through employee benefits and employee well-being programmes that address the daily challenges employees face, agricultural employers can make marked in-roads towards securing the future of their ventures.”

“Land cannot be productive without people working to make it productive. Furthermore, if the level of engagement and productivity of human capital are eroded, it is not only farming that suffers. The extensive business infrastructure including agricultural suppliers, distributors and the entire value chain would also take strain, ultimately placing the economy and food security under pressure.

“To achieve longer-term prosperity in agriculture, we must make the health and financial security of workers of all levels a priority. Without a demonstrable commitment to the people who keep the agricultural economy functioning, the question of the future of land ownership becomes merely academic,” Laubscher concludes.