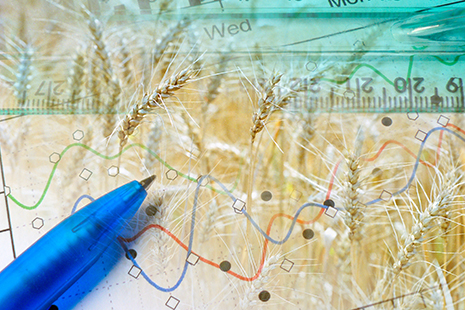 The use of economic information, trends and other information is increasingly becoming important for decision-making on the farm.

In his latest report for August 2015 he writes that “the South African economy currently is in difficulty.”

It is reasonable easy to detect, especially considering the low value of the rand and poor economic growth figures. The inflation rate is increasing. The SA Reserve Bank increased interest rates in an attempt to limit future increases in inflation and to protect the rand. South Africa will have to change drastically to win investors’ confidence and restore capital inflow into the country.

In August the red meat market, both mutton and beef, showed fair sideways movement. The same trend could be seen in weaner calf prices. However, the prices of weaner lambs dropped slightly. Auction prices of wool and mohair started the season strong. Even though both commodities’ prices decreased slightly at the second auction, the indicator price still is considerably higher than a year ago.

The full report and graphs are available at farmbiz.co.za