Insights into the global grains market

Let’s get tech savvy with our security! 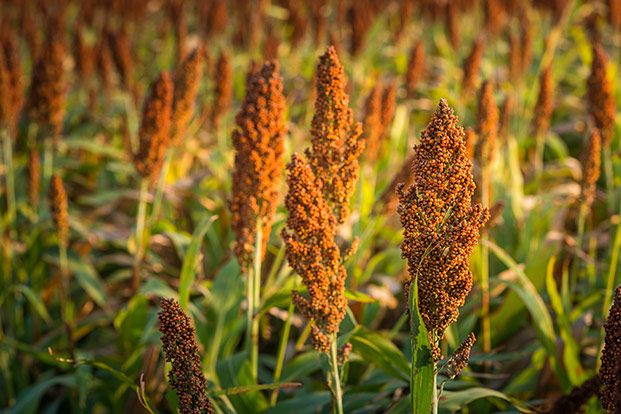 Grain sorghum is not just for making soft porridge; it has many other uses. Climate change has sparked renewed interest in the crop in South Africa – Prof John Taylor

Sorghum is the fifth-most important grain crop after maize, wheat, rice and barley.

It is especially popular in the arid parts of Africa due to its hardiness, drought-resistance and low water requirement compared with maize.

In South Africa, where climate change has led to increasingly high temperatures and unpredictable rainfall, interest in sorghum has been rekindled.

Sorghum has many uses as a food and a beverage, and has similar levels of macronutrients, vitamins, minerals and dietary fibre to other grains.

It is generally slightly higher in protein than maize, but this protein can be less digestible.

What is unique about sorghum is its health-promoting attributes.

The starch in sorghum food tends to digest more slowly than that in other grains.

This means that sorghum food is satiating (the full-stomach feeling), providing sustained energy and helping to prevent over-eating.

In addition, slowly digestible starch does not cause the spike in blood glucose linked to the development of Type 2 diabetes.

Sorghum is gluten-free and is generally much higher in phenolic-type phytochemicals than other grains.

In fact, it’s the only grain to contain significant amounts of an important group of phenolic phytochemicals called 3-deoxyanthocyanidins.

Phenolic phytochemicals are well-known for their antioxidant activity, which is associated with the prevention of cardiovascular disease and certain cancers.

The traditional flatbreads of Ethiopia (injera) and Sudan (kisra) are made from sorghum and millets and have a bread-like, spongy, leavened texture.

Researchers at the University of Pretoria’s Department of Food Science have developed two excellent variations of sorghum biscuit: sorghum flour only, and sorghum flour fortified with protein-rich pulse flours.

Fellow researchers at Kansas State University in the US have developed pasta and even a rice equivalent from sorghum, using extrusion cooking originally developed to make plastics.

Africa is noted for its Chibuku-type traditional opaque sorghum beer made from malted sorghum.

This is probably the only beer in the world that is rich in dietary fibre.

For more than 30 years, Western-type beers have been brewed in Nigeria from sorghum malt and grain.

In Nigeria, sorghum is also used in the production of the highly popular non-alcoholic malt beverages Malta and Maltina, now widely available in South African supermarkets.

Using sorghum for brewing provides significant benefits to African countries: it expands and improves the efficiency of local grain farming, creates sustainable employment, and saves on foreign exchanges, as most barley has to be imported.